You heard it right folks, I’m abandoning my Deathwatch in order to start playing Dark Angels.

Not really. In fact, I’ve started building a model plane for the first time since 1990-cough. This is a Minicraft Model Kits 1/144 scale AC-130. Why? I hear you ask? Because! I answer, stupidly. I’ll be honest, I love the A10 Warthog. It’s silly. But when I discovered a 1/144 scale Spooky was out there, I had to use that for my TY air support. I reckon that the firepower coming out of the port side of an AC-130 is at least as ridiculous as two GAU-8s.

Azrael was an AC-130A, used in Vietnam. I’ll be building mine as an AC-130H, with a full armament of 2 20mm Vulcan cannons, a 40mm Bofors and the silliest of all, a 105mm howitzer! I’ll probably still use the sweet Azrael decal though. I’m not giving that gem away and looking sweet is a legit reason to do anything! 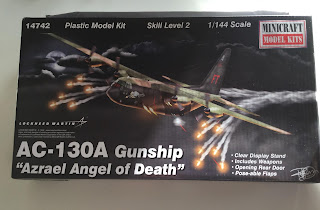 I didn’t enjoy prepping the holes in the fuselage for all the weapon mounts. Getting a clean edge was challenging at best and I’m still not super happy with how they came out but I think a bit of careful filing and scalpel work and I can clean up the worst of it. 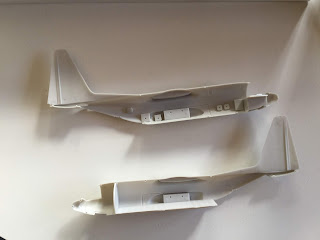 I am going to have to green stuff a few seams and now that I've got the fuselage assembled and here, reader, is where I leave you until next time. 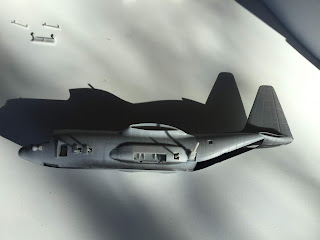 Posted by McZermof at 18:38 No comments:

Time for a catch up.

It has been a while since I posted and I am a few projects along, probably (SWMBO would say) too many. The latest game on the scene is Blood Red Skies - Warlords WWII Dog Fighting game. I have taken on the the side of the Bosch, bringing the mighty BF 109 to battle. One game under the belt and really enjoying the gameplay and the theme. 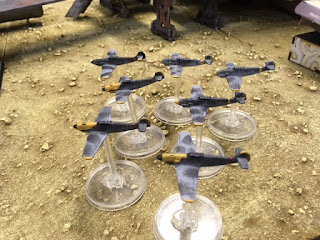 Games workshop have been making a come back around the club and I decided to get into Necromunda. I have Orlocks from the previous incarnation and Goliaths from the starter box. The thing that really should me is the terrain - so check out the fabulous TT Combat Industrial terrain so far. 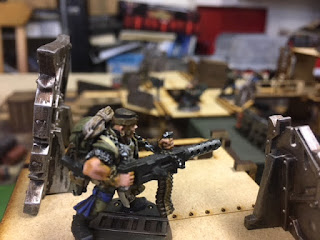 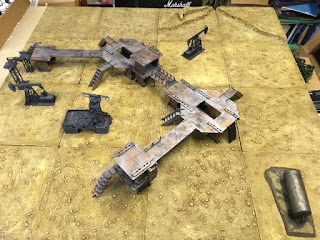 Next is my Space Wolves 40k army - a mix of second hand and new purchases. I had a lot of fun painting this up - not so much fun playing them as everyone else I play has their Codex and all their special bits - but I am sure GW will be true to their Codex creep selves and within a month or so I will have all the toys at my disposal. 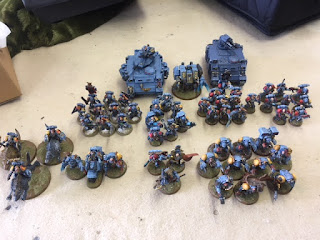 Team Yankee 15mm has hooked me in aswell - Marines SEMPER FI! Finding F4 phantoms for air support and Blackhawks for transports has made this project lots of fun - and a great game to boot! 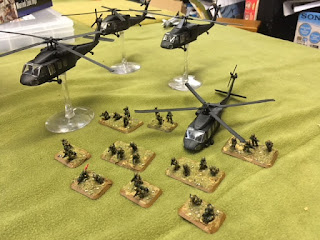 Batman - love the penguin and when I found this model I had to have it and paint it. Yet to play a game but really enjoyed the painting project. 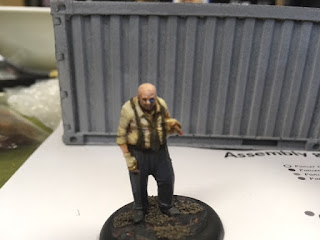 To top it all off here is a selection of other figures I have been adding to the collection - some for Dead Man's Hand, Walking Dead and some for the coolness of the figures. 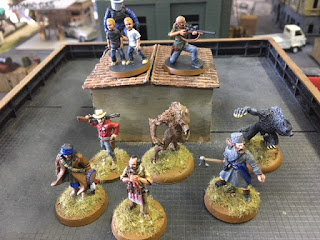 Last of all I picked up some Zulu's - at some stage we'll find a use for these. 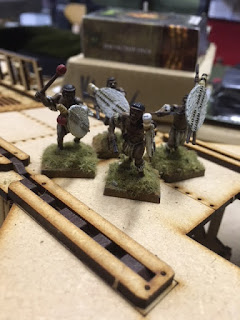 Well that's enough for now - lots more on the painting table to do...
Posted by Tank Engine at 19:01 2 comments: