To finish off a club day what better than a game of X-Wing. We weren't playing a traditional game we decided that we each had 40 points to spend and we could play with whatever we wanted.... 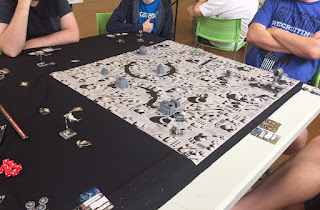 The outside of the Death Star was littered with with guns and towers, as we battled our across the surface.


We chased each other around the surface,firing missiles and trying to dodge the surface obstacles.  Now as McZermof found out the Slave 1 is quite large and the turning circle on the bus was not that small. After a few touch parking attempts he figured out that being able to shoot forward and backward meant he did not have to turn at all. 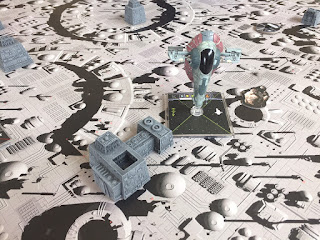 We all managed to get a kill though once Slave 1 had found the clutch he was starting to dominate the table. It was at this point we were interrupted by a fire alarm and this interrupted the taking of photos.... sigh

It is a great beer and pretzels game loads of hilarious action and bold attacks, as well as the opportunity to crash and burn!

On the ninth day of Gamesmas....

A game of "In her Majesty's name!"

This little skirmish game is plenty of fun and Four of us rolled up to the Hutt Club on Saturday. McBeth, McZermof, Pooch and I (ably assisted by McBeth junior) rolled out steampunk bands to capture the treasure! A small team of steam punk crews from various lands, times, technology or mystical background. We had Cowboys, Vampires, Mexicans and French Dragoons!


These bands are lead by a glorious hero who can dominate the table......... The rest of the gang try and help out working together to take down the enemy.

The Mexicans won in the end with two treasures as the Dragoons won the field but did not get any treasure at all.

Email ThisBlogThis!Share to TwitterShare to FacebookShare to Pinterest
Labels: Gamesmas, In Her Majesty's Name

On the 8th day of Gamesmas.

Dead Man's Hand was the game of choice for the Wednesday night fun. Pooch, McBeth, Mczermof, Scotty and Tank all gathered to break out their Lawmen and Outlaws and head into the Old West. This genre has long been a favourite of mine and I have built a great little town I have named (after a favourite radio drama - yes I am old) Clermont. 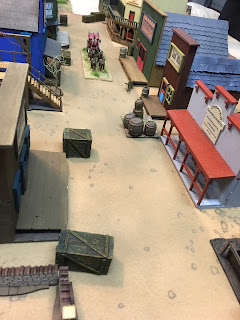 This game is based on the storytelling. the scenarios are set up as little scenes that you follow through to a big shootout. The first scene we did was from a "Belly Full of Lead" and was a tutorial for Mr Pooch and Scott to learn the ropes. Scott played a mysterious stranger walking into to town when he comes across 3 drunken Outlaws (Pooch), and the tension rises. Inevitably the shooting' starts - but even in their inebriated state the outlaws mercilessly gunned down our hero. 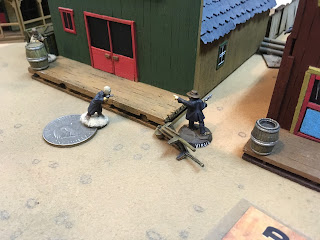 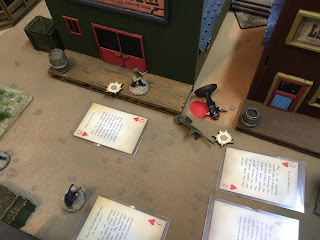 As you can see in the picture the game has cards. These are used for initiative, the players deal out a card to each model and flip them over to find out who goes first. You also have cards in your hand - that you can play to give you a extra boost in special, cinematic moments. 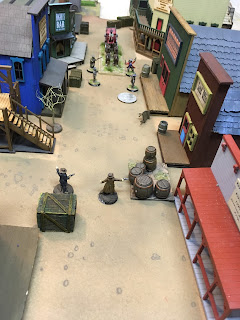 On to the main event - our two fearless Lawmen face down a ruthless gang of Outlaws. Scott and I ran the Lawmen and Mczermof and Pooch ran the Outlaws with McBeth keeping us on the straight and narrow. We skipped the middle scene and went straight to the end. The game lends itself to having multiple players taking charge and off we went. The Sheriff came under a lot of early pressure - so he and the Marshall took cover until the mooks could arrive in support. This is where we found a flaw in the game - namely the same flaw we usually find in every game we play......the bloody dice. McZ and Pooch couldn't roll above 10 on a 20 sided dice. Scott got a few great shots of - even rolling a 20 from a mook to take out an Outlaw. In the end the Lawmen won only losing one mook to a cracking shot from the gunslinger. 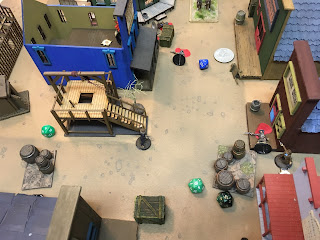 Overall a great little game - with a real cinematic feel - quick and fun - but as with any game, if the dice let you down, it directly impacts the enjoyment of the game. 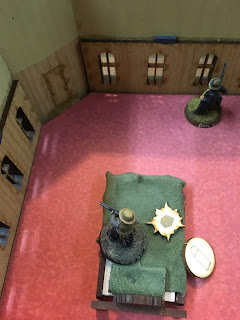 On the seventh game of gamesmas...

I picked up this game a while back and to kick off our weekly gaming for the new year, it was a great choice to start!

The game is basically all about countering the terrorist threats in kind of a "whack-a-mole" way, until either enough threats have been neutralised, or enough bad things have happened.

The above description totally understates the rules, which are quite simple, and yet the interactions give a lot of complexity (and enjoyment). While we didn't quite get the rules spot on, it is going to be well worth another play.

Needless to say, inter-agency cooperation was low among players and the terrorists made an absolute mockery of our collective efforts....

And now, back to painting... for the next Gamesmas game!

For the Sixth game of Gamesmas we played... As both Mr Tibby and I quite enjoy Impetus and are both interested in the battles and wars of the 17th Century AND we also both have a collection of semi painted and based figures, we thought we'd have a go at this new offering from Dadi e Piombo; Impetus for the period 1550 - 1700. 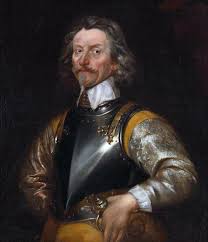 While we were playing we also posed for some paintings just to set the scene.

The rules are similar to Impetus, but have been modified heavily to suit the different style of battle that this period has. The units are based on larger 18cm wide bases (generally three 60mmx60mm) and that is good to show the newer troops like the Pike and Musket blocks. Morale is different as well with VD lost needing to equal the command VD value before units test to run away from that command. A unit may be withdrawn (on a test) to save VD lost rather than be penalised more for having a unit eliminated completely.

Tibby brought out his Swedes and my Royalists had a run. The result was very close with the King and Royalists breaking just before the Swedes did. In fact the Swedes only stayed in the fight as long as they did as Tibby had brought the 'Camp Prostitutes' upgrade to give his army +2 VD!

All-in-all the rules are interesting and worth another look see in the near future!