Last weekend Lintman, Prinny and I were lucky enough to be involved in a massive multi-player refight of the battle of Waterloo. Lintman took the role of  the Duke of Wellington, Prinny played as the 1st British Division (Guards) commander, Sir George Cooke and I was the French 2iC and battlefield commander, Marshal Ney.

We had a pretty good time over the two days and a lot of dice rolling, troop moving, shouting, pita eating and shite talking went on. In the end the French just lost (again). We were two broken British brigades away from carrying the day.

Below is a series of pics, mainly from day one of the tables, figures and players. The camera was playing up on day two unfortunately. 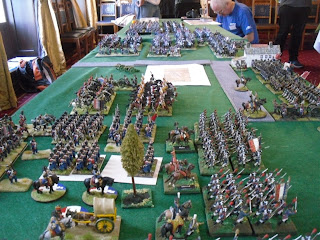 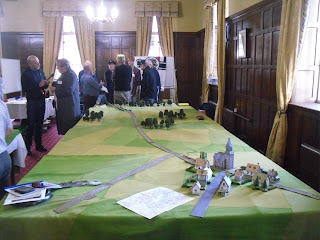 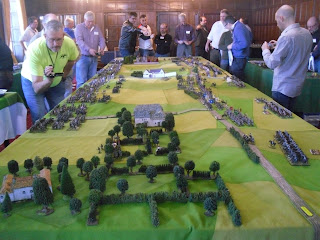 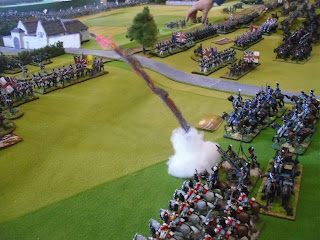 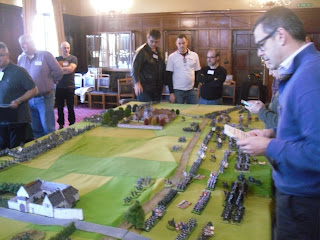 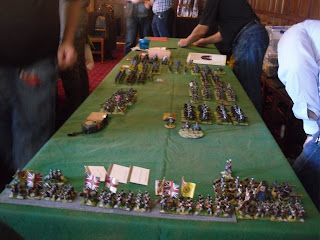 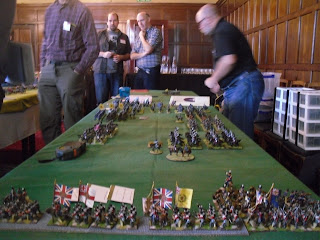 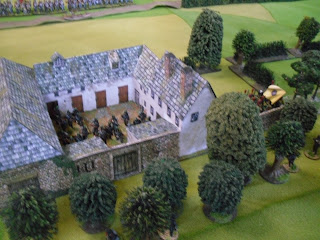 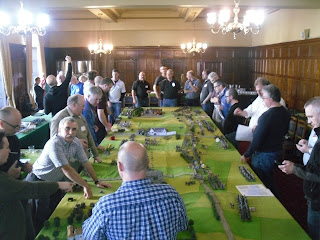 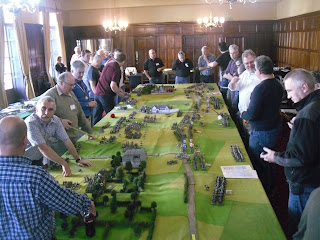 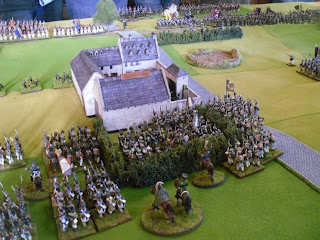 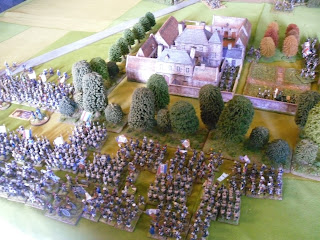 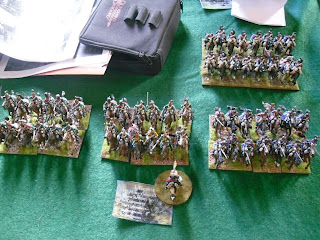 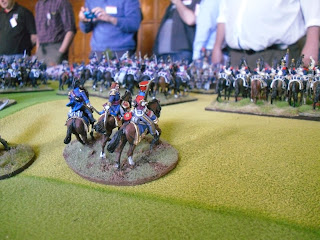 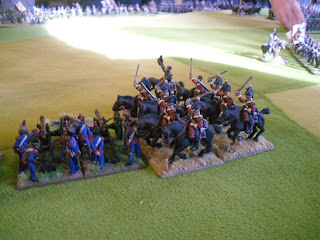 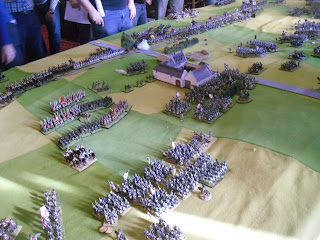 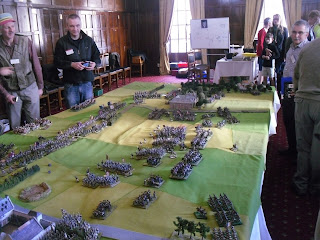 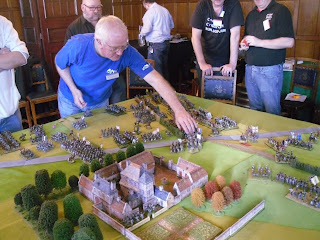 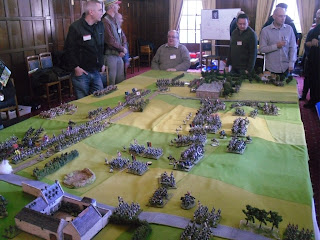 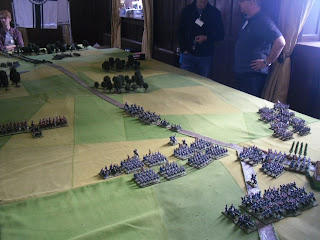 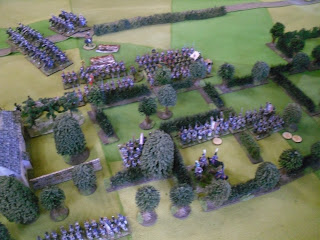 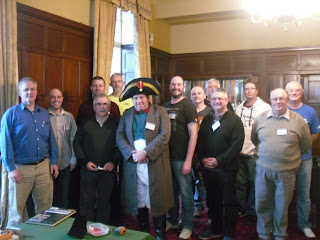 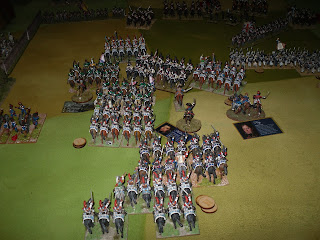 The Black Powder rules worked ok, but there were a lot of people playing that had never played the rules before so the game broke down a little bit. That not withstanding, the size of the game has sparked something in the three of us and we may or may not be looking at doing something similar (but on a smaller scale) in about six months time.