Here they are, the Elucidian Star Striders! <Band Name> 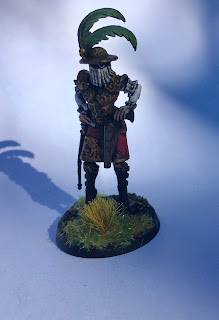 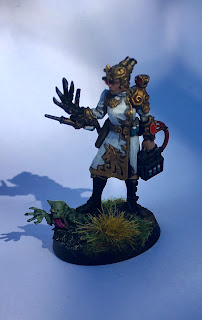 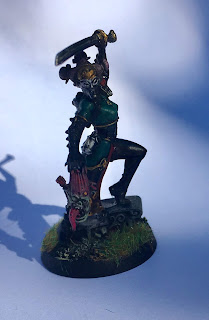 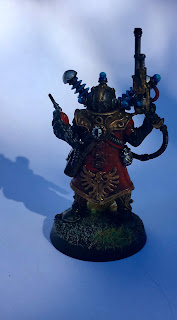 And the whole crew together, ready to battle the evil Gellerpox! 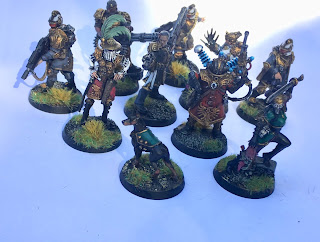 Woo! Super glad to have these done. Pooch and I will bring you an exciting report as we play through the KT missions when we find the time to play it. I'm also super keen to drop these on the table as a detachment in a game or two of 40K. We've been having some talks about a narrative campaign at some point soon, with some smaller armies, and I suspect these would be a great addition to that!

Next Time:
I have literally no idea. It'll probably be something interesting from the paint queue. I'm currently rebasing an Impetus army for Kings of War and there's a bunch of random models in the to-do pile that I have there for no real reason.
Posted by McZermof at 17:00