Apparently September is now done too?

I am starting to be at risk of not completing a few of these goals!

1. Paint a Kings of War Army- DONE
2. Create a table of terrain to support a game- In progress!
Errrr... still no more progress....
3. Complete the 6mm Apocalypse Challenge- In progress!
You know how last month I bought a Knight Porphyrion, and how they come in boxes of two?
No surprises for this month's painting then!
Alongside the Acastus we have another Heavy Weapon team with it's Chimera, and an Officer of the Fleet. 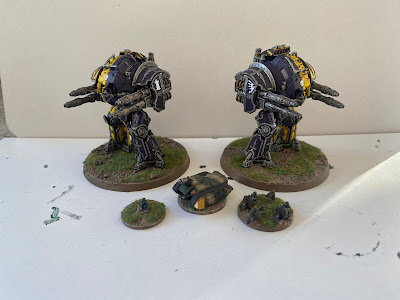 No clue what'll be next month however!
4. Run a narrative campaign for the group- not started
Ok, this one is probably the one which is most at risk of me failing!

5. Add a new detachment to one of my 40k armies- DONE
Now I am calling this one done. This month I finished up the Scout squad, now with 5 Scouts, 4 with Shotguns and one with a Heavy Bolter. All ready to do drive by shotgunning from the Landspeeder Storm. 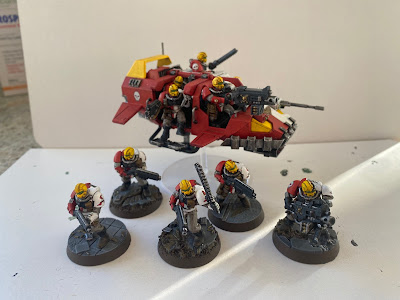 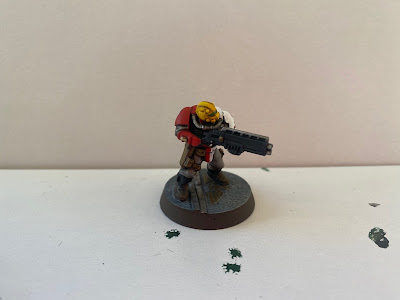 Is it good? No. Does that matter? Also no! I think that's the Storm Lords done for now, not sure what I would add, even if I was going to....
6. Buy a starter box and paint all of it- Some progress

Hopefully in October I will finish this one!

8. Update a 15mm Napoleonic army for Blackpowder- not even started!

9. Paint a stand alone force- DONE
10. Update and improve a table of terrain- DONE
11. Paint a Flames of War Army (In progress)

No further progress, but I'm taking it to a tournament in October....
12. Finish what I should have finished last year- DONE
Ok... so some done, some not. Three months to go!