Some games and painting

We had some visitors down at the club for a TY day and we broke out the 100 point games on 8x6s as a semi-serious exercise to make sure it would work in a tournament setting (and lo! It does!)

I was planning on running my Marines but with a shortage of WarPac players, I borrowed a Russian army and gave that a burl. It went....badly. It's a very steep learning curve when you've not played with them before and I got firmly kicked in both my games. The first one wound up being a really challenging Dust Up where I very nearly beat back an attacking ANZAC force, but my troops holding the objective didn't last long enough to buy me enough time to get reserves! I also totally forgot to take a single photo.

In my second game, I tried defending against Marines to see if that would make the learning experience easier. No spoilers, but it didn't. My dice were appalling and my opponents were not. It was most vexing. I also made a bunch of stupid mistakes...

But I did take a few photos of a very beautifully painted Marine army and very much enjoyed the game. 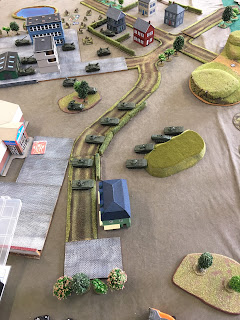 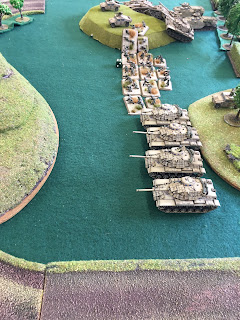 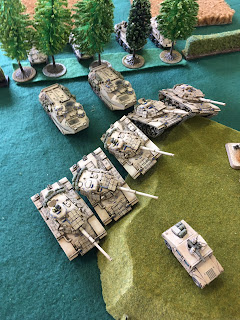 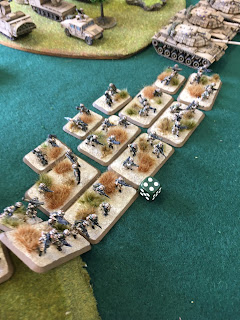 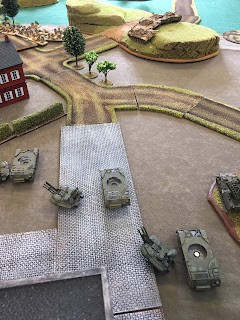 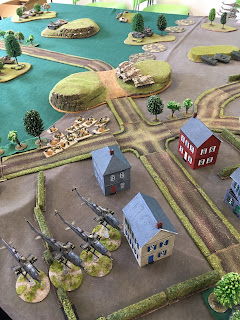 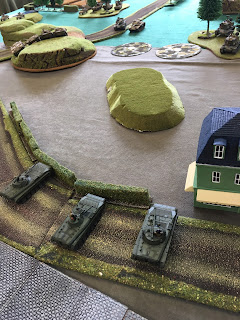 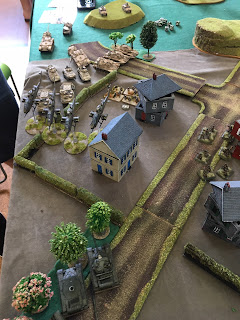 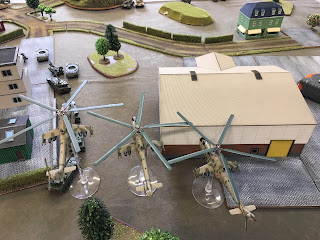 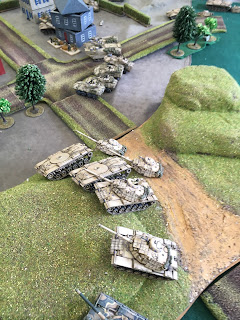 So WarPac army?
I'm much less averse to the idea than I was. I think I'd like to give it another whack before I go down too many rabbit holes about things I could do with Afghansty (yeah, if I'm going to do it, that's probably how it's going to be done) or I see how close I can get the current Iran list from Oil War to look like mid-80s Jordanians, in the hope that Battlefront decides to do a Jordanian army at some point.

Workbench!
I have been making alarmingly slow progress on my Gaslands vehicles, mostly because I haven't really been able to think of how I wanted to paint them. But I've made it this far: 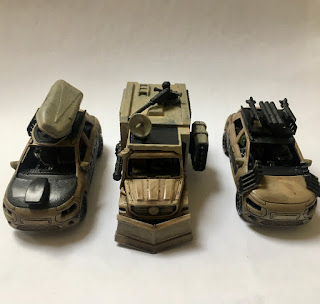 Next Time
Finished Gaslands cars and month 3 of the Stupid since next Sunday makes it technically a month since I last did something. Technically.
Posted by McZermof at 16:13