February was a bit of a quiet month on the painting front- ridiculously busy on the work front for most of it which meant my painting time and desire were pretty low. Still, I managed to get some stuff done!

I have also swapped out one of my goals (I'm making the rules of this, so it's absolutely a thing I can do). Anyway, onto the progress.....

1. Paint a Kings of War Army- In progress
Still no basing on these, but I did finish up a unit of Spitters (archers). 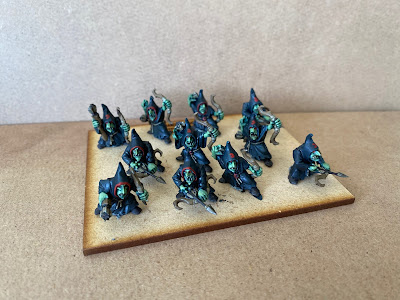 Maybe I'll do some basing next month?

3. Complete the 6mm Apocalypse Challenge- In progress!
Like last month, I think I might have finished these up in the first day of February...

But, a mechanised infantry platoon of 3 squads each with a Heavy Bolter, a Command Squad with a flag, medic and heavy bolter, a Company Commander and Nork Deddog!

The infantry were 3d printed by one of our local group, and have come out really, really well.


4. Run a narrative campaign for the group


10. Update and improve a table of terrain

Ok, so I have swapped out one of my goals- this one used to be playing a game and sharing a picture of it each month. But... I realised I needed to paint a new army for Panzershrek this year, and I may have failed at that this month.... I will still aim to share a picture of a game I have played however!

So what army then? Well, continuing my 82nd Airborne theme, and with a bunch of brand new figures released from Battlefront, the answer was easy!

This is where I got to in February- my Command HQ, and half of my first Para Platoon. 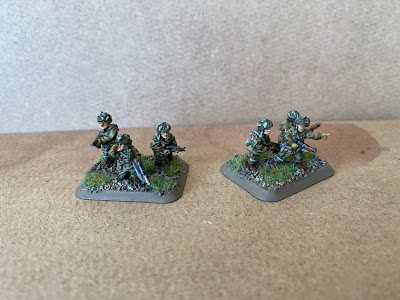 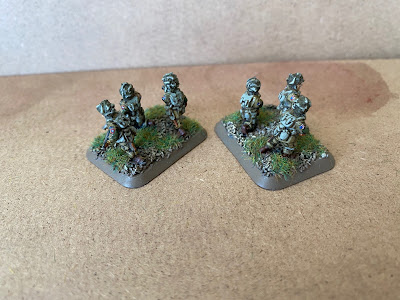 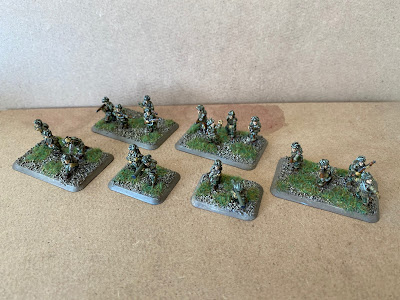 12. Finish what I should have finished last year- DONE!

You remember how I whinged about painting Storm Lords? Well..... 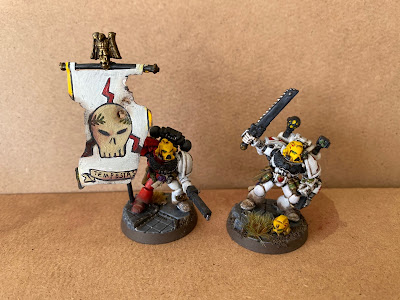 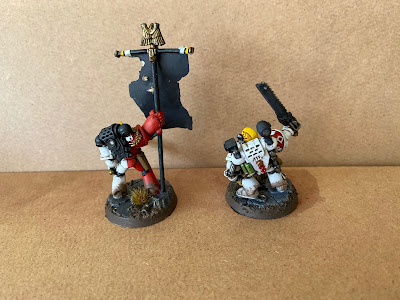 A Chapter Ancient and Apothecary. I meant to have them done last year but ran out of steam for finishing more Storm Lords. Motivation struck, so here they are!

The banner is freehand, which I then took to with some burning matches to make it look more "flag in a combat zone" rather than "flag on parade". Quite happy with how the effect came out, it's possible there may be some more Storm Lords in my future....

Email ThisBlogThis!Share to TwitterShare to FacebookShare to Pinterest
Labels: Pooch