So I have not been as eager or able recently as I would have liked in getting through the Austrians for Napoleon at War but I have managed to finish the second regiment of the first brigade. Below are two battalions of  the Infantry Regiment Erzherzog Ludwig-Josef Nr. 8. They have 'Wine Red' trim to their white uniforms. 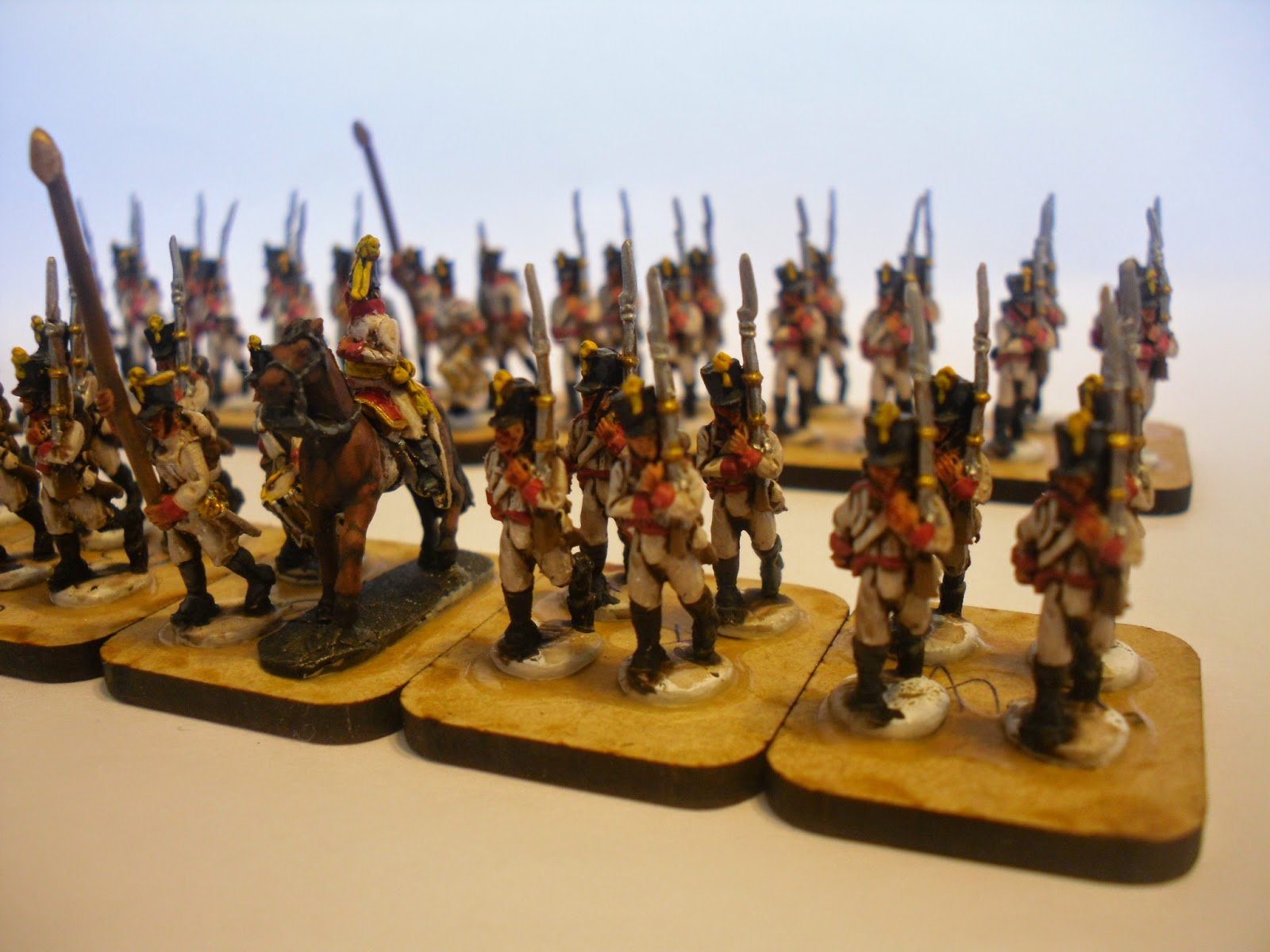 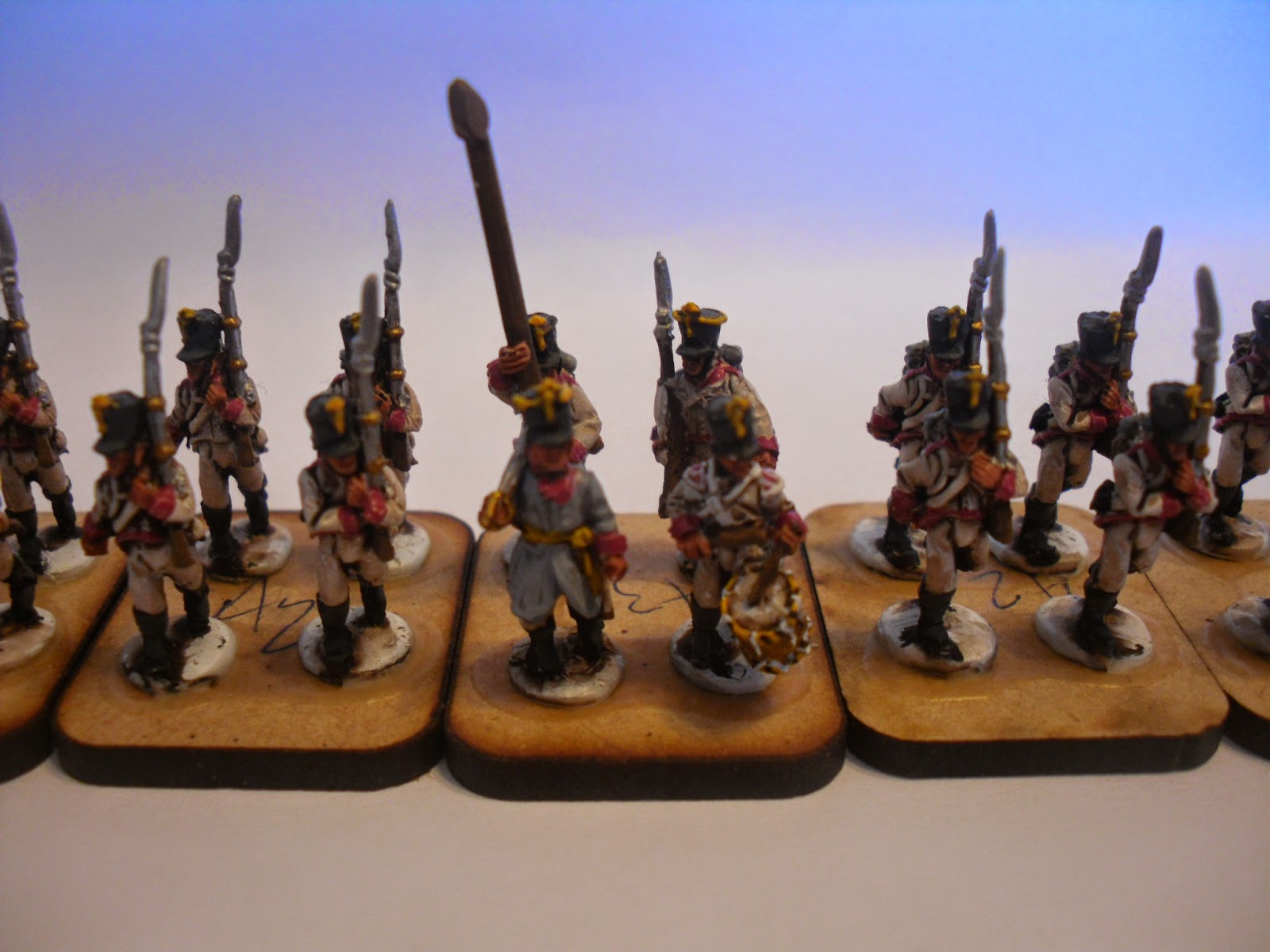 Again, no basing has been done as yet with the same reason as my first post about these guys.

And now the scale creep reference. Most of the reason why not much painting has been completed recently is because we are currently painting our house! You thought the 54mm ANZACs and Turks we painted for the Peter Jackson diorama were big but painting in a 1:1 scale is huge. At least any comments about painting your projects with a house brush actually means something! 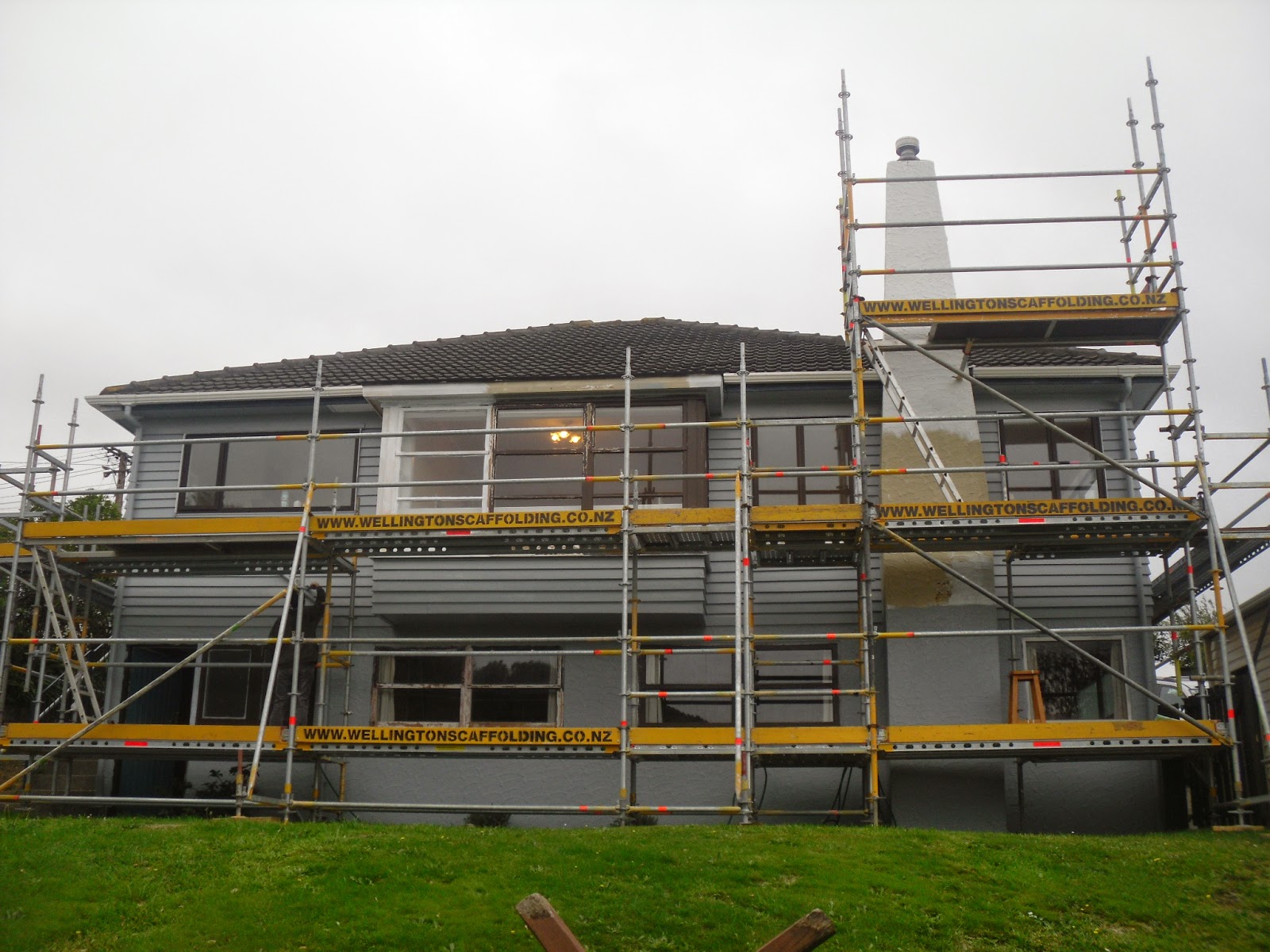 I do have some plans of things to paint once the next 4 battalions of Infantry, one regiment of Hussars and one battery of artillery are complete. All are projects that I have the bits for already and are just piling up on the painting desk. In no particular order:

No. No. Must stop and concentrate on one project at a time! Concentrate man! Finish. The. Austrians.