With Prinny departing for Ireland, we had been musing over what to do with Bolt Action as both he and I are quite taken. Anyhow post McBeth's birthday bash we thought can we scale this game up. So here is what happened.

We settled on 2400 points with 4 platoons, then we could have 8 players, the more the merrier. Plus it what be chaos.

We rolled out to the Hutt Wargaming Club (blatant plug) and sey up a 10x4 table. I think we could have reduced it to 8x4, a bit tighter but with Bolt Action you want your troops in the game assaulting things, as you will see. 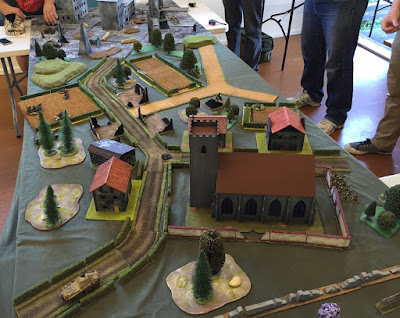 The setup, Germans from the left Allies from the right 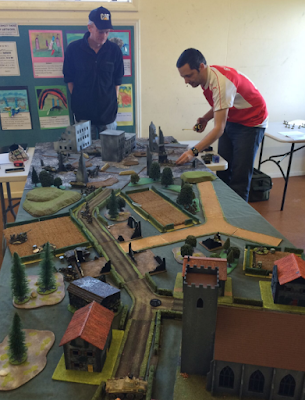 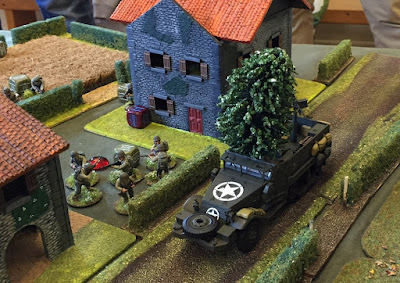 Pelarel's Scout car rushes forward, to be 'rooted' by the Marder 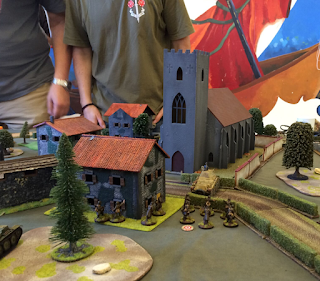 The Hungarians only got this far forward before the artillery arrived 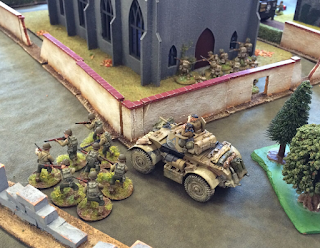 And here is what followed the artillery up on the Hungarians 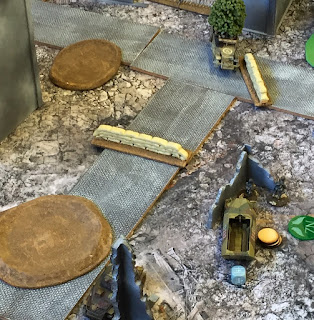 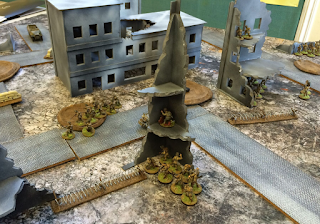 Well look at all those Paras, and the wana'be sniper in the ruins 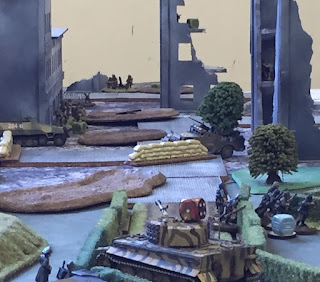 The Tiger misses another target with his main gun...sigh 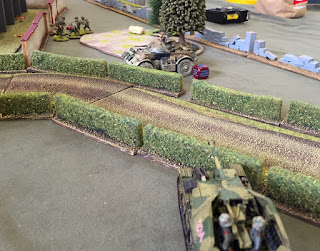 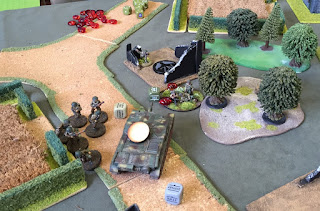 The Zyrinyi continues to be ineffective hitting but killing nothing 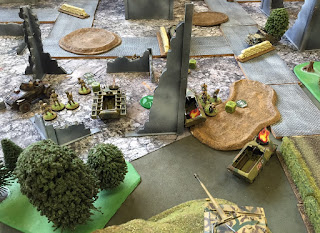 
Highlights, no so highlights, and what we learned
- McZermof's half-track nailing Perlarel's sniper in the first turn with precision MMG fire
- Pooch's Marder 'roots' a White Scout car with his first shot bailing the squad inside
- Prinny's Mortar ranges in first turn on Pooch's MMG
- Colin's Cromwell obliterates one of Tom's Pumas, after Bede's bazooka misses
- British artillery lands on target, both salvo's, wiping out the Pooch's on board 105 and pinning the Germans and Hungarians on the right flank very deep in a hole of doing nothing.
- Scotty's Csaba rooting the other White Scout Car
- Tom's other Puma passes its order needing a 5 with 4 pin markers
- Pelarel's MMG team rout a Hungarian unit after 'sniping' the NCO and piling on the pins with the aid of Prinny on the right flank
- The Tiger drives around the table scaring people by firing it's big gun, though hitting nothing
- Starting with 48 order dice
- Bede ended the game with six of the seven dice he started with, the rest of us not so much. Germans had seven of 21 by the end of turn six
- The Allies take the game 4-1 on objectives and would have wiped us out on a 7th turn, if we had one, possibly....
- Artillery can be devastating when it lands,and you do not need to kill a unit to take it out of the game enough pins will do that for you
- This is an infantry game, tanks look spectacular but once they begin to be pinned they are no help at all, especially if you fubar and run away...I am looking at you Zyrinyi
- This game would work well in a doubles format
- This game looks spectacular with lots of terrain and painted stuff
- Pooch paints far too quickly for the rest of us....
- Revenge will be had ........