Roaming through the Old World 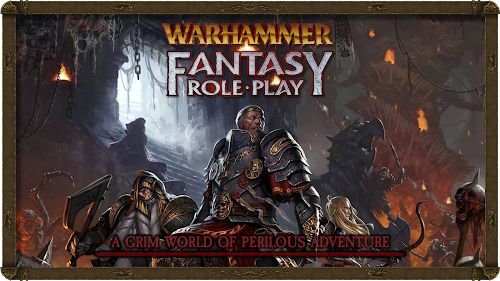 As you've probably already figured out, we at the Regiment like to mix our gaming up a bit. For the last 9(!)ish years we've had a regular weekly RPG session going. We've played a wide range of games - From Infinty RPG to Iron Kingdoms, classic DnD, DnD 5e, Call of Cthulhu and so on. After just finishing an excellent 5e Curse of Strahd campaign run by McZermof, we've decided to return to one of my favourites: Warhammer fantasy roleplay.

This is a bit of a nostalgia trip for me, WFRP was the first RPG I ever played (nearly 30 years ago!! :oO ) and the first edition has always had a special place in my RPG repertoire. I'd run the first two chapters of the Enemy Within Campaign a few years ago for the Regiment guys and was keen to get back into it. However, with the passage of time, only 4 of that original party were still in the group and the other 3 had never played the campaign! With the re-release of the 4th edition by Cubicle 7 it seemed a great chance to re-boot the campaign and start with a blank slate. 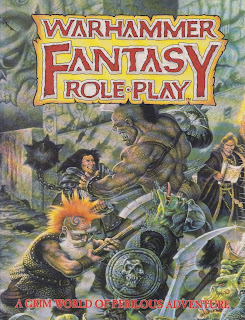 As I said, I've always had a soft spot for first edition so moving to 4th was going to be a bit of big step. Thankfully Cubicle 7 have done a good job (IMHO) doing just enough of a refresh and tidy up to make a difference without losing the original flavour of a dark and gritty fantasy setting. I won't do a review of the rules, that's what google is for ;), but suffice to say one player's reservations about playing another "useless wizard's apprentice" were put to rest at the end of character creation. Who'd have thought the wizard's staff not only has a knob on the end but it hits like it's made of iron rammed through with 6" nails!

Anyway, This blog series is going to be a players view (as far as i see it anyway) diary of the campaign as we play through it. We're likely to take a bit of a hiatus between chapters to play other things (did we mention that we're a group of kleptomaniac magpies?) but we'll definitely work our way through this time. we're already one session in to the campaign so I'll kick off with a run through of the dramatis personae and a precis of the last session.

Nynn Tai (Scott) - A Cathayan envoy, refined, articulate, how she ended up in the backwaters of the Empire is a story she hasn't shared yet

Eivor Albrecht (Theren) - a furtive, outlaw Talabeclander on the run

Rudiger Volksmaer (Mcbeth) - an alcoholic initiate of Sigmar, disillusioned with the ecclesiarchy travelling to Altdorf to see for himself the state of the church

Cressida (Chris) - an angry young engineer running to, or possibly from, something 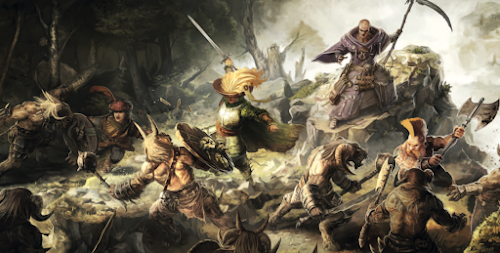 We've stated a tradition of a session '0' in our group, a small side adventure to get everyone together before embarking on the main quest. I split the group in to three groups:

Eivor on his own, Marie and Saskia together and Rudiger, Nynn, Cressida and Aaron. The groups had started travelling together for mutual protection through the rural backwaters of Talabecland, just west of Delberen.

Marie and Saskia had been walking the roads together after the unwanted attention of a number of passing wagons. As the rain hammered down, soaking them to the skin, they caught the smell of roasting rabbit drifting from the trees.

Eivor had spent the day travelling through the Drakwald just back from the road, the comfort of invisibility from road travelers more than offset the risks of meeting whatever lurked in the woods. As the rain got heavier, he came across the bole of a tree that had fallen in a storm at some point in the past. sitting back against the root stock in the depressing it left in the earth gave him enough cover to risk a small fire to roast the rabbits he'd caught earlier in the day.

He looked up sharply at the sound of clanking pots and pans to see two faces peering at his fire longingly. inviting the two travelers to join him, the three of them settled down to relative comfort and a warm meal.

This was disturbed by the abrupt arrival of a huge beastman crashing through the fire! A brief struggle ensued where Saskia discovered that her apprentices staff was for more than leaning on! Through the shocked silence following the bloody slaying of the Beastman, the trio heard the sounds of movement all around them. the report of a firearm some distance off was answered with a braying call somewhere in the woods and a number of the creatures peeled off the main group and headed towards the road. Saskia, furious hatred at the perversion of nature that is the beastman race, took chase and was followed by the other two.

Meanwhile, Rudiger's group had hastily left an inn that evening after the Ulrican landlord and his friends thought the group were a soft target for some abuse and intimidation. As they neared the main Delberen road, Cressida heard the unmistakable sound of a firearm discharge! in the lightning flashes, the group saw a carriage stopped in the middle of the road ahead with huddled figures moving around it.

Moving closer through the gloom they realised that one of the shapes on the floor was a human. Aaron, sensing the change for a dry ride to the next inn raised his hands and called to the group. His cheery "hello good folks!" was answered with a cross bow bolt whistling past his ear! Two of the shadowy figures drew weapons and moved towards the group. A struggle ensued that saw Rudiger invoke the name of Sigmar to smite his foes, and boy were they smote, Cressida grappling with another figure as he brought a blunderbuss to bear. The struggle to aim the weapon resulted in a misfire into the carriage horses sending the vehicle lurching through the mud down the road. Meanwhile, Nynn and Aaron managed to handle the remaining assailants.

As the muddy melee drew to a close, a thunderous crash from the trees heralded the arrival of several beastmen and mutants! Battle was joined in earnest, with tentacles, horns and teeth being pitted against the best steel the Empire could offer. Eivor, Marie and Saskia arrived shortly afterwards to help turn the tide of the battle in the party's favour.

At the end of the combat, with wounds being tended, their attention turned to the wagon and what remained of the horses. The creatures of chaos had managed to mutilate the horses so that the carriage was next to useless. inside were the corpses of 3 passengers, all showing signs of murder most foul! the original attackers were searched and found to be wearing old uniforms of the Ratchet lines coach line, though all had the tell tale signs of being stripped from corpses - blood stained rents where no wounds were apparent, the carriage itself was found to be in a state of disrepair no reputable line would countenance. the only answer - bandits posing as carriage crews had gathered some un-suspecting passengers at an inn and taken them to the middle of nowhere to rob them. In checking the bodies, Rudiger had a nasty shock when he realised that one of them was the spitting image of Cressida!

Cressida was able to pocket some documents from the body for perusal at a more private time and location.

the group were now standing in the middle of the road in the pouring rain when Aaron remembered that the next inn was no more than half a mile down the road. the Hooded Man would be an ideal place to warm up, dry out and report the evening's events to the Road Wardens....

That was where we left session '0', this weekend I'll follow up with events at the Hooded Man then put together the goings on from tomorrow night's session.

Email ThisBlogThis!Share to TwitterShare to FacebookShare to Pinterest
Labels: TEW