Its been quiet. Maybe too quiet...

We haven't really been quiet, only in summoning some enthusiasm to post what we have been doing recently. We had another club day last Saturday with Prinny and I playing some Blackpowder for our AWI game. I took pics but you know photos and me....

Anyway, I thought I'd I start posting about the other (one of the other) projects that I have been working on. So here are the first pics of my almost completed Pre-Feudal Scots for Impetus.

The list is one that I wrote to both fill the gap between the Picts and the Feudal Scots lists and for me to have a list that reasonably historically represents my great, great (times, like, 300) Grandfather, MacBeathad mac Finlay, last Celtic King of Scotland. 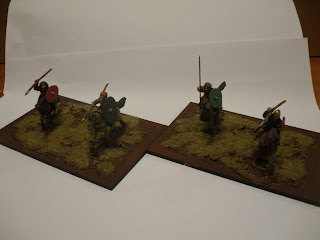 Here are the two units of CL (3/1/B Javelin). They are the light scouts. 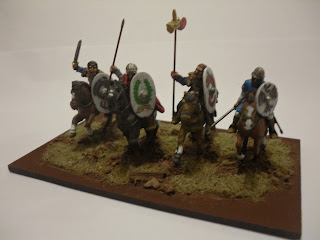 The CM 5/2/C Border Horse and the General element for my horse command. The Border horse are mounted Thegns (better off, or more wealthy nobles and their household troops) 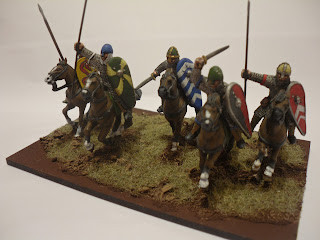 Heavy Norman horse (CP 6/4/C Impetuous). Apparently after a pilgrimage to Rome, MacBeth meet and befriended several Norman knights in the city. When the Normans were expelled from England in the late 1040's, Scotland offered a safe haven in return for having around 300 Normans ready to fight. 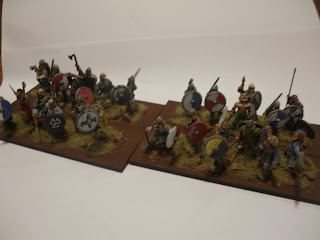 Vikings! The second command in the list is two large units of Huscarls (FP 5/2/C). They have a unit of Short Bow skirmishers with them to round out the unit. In Nigel Trantors book, MacBeth the King, they are lead by MacBeth's half brother, Thorfinn, Earl of Caithness and Sutherland.

Below are the main troops of the CinC command, FP 4/1/C Long Spear. Three large units of these are the grunts of the army. They are waiting on one more base to be finished. 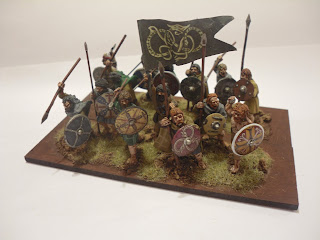 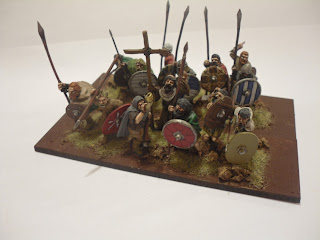 For my baggage I could not help but have a nod to that half arsed scribbler, Shakespeare. Below is a sneak peak of what is going to be on my baggage base :)

Trying to get back to 'normal'

So we are all still quite shell shocked here. Nick was one of our closest friends and at times like these we need to pull together and make sure everyone affected by his death is looked after. What better way to do this that head on over to the club for a regular meeting. We played some games, talked some crap and generally enjoyed each other's company. Regimenteers from the wider group were in attendance as Bob, Damo and Shep all popped in to say 'hi' and check on the guys.

Pelarel, McZermof, Scotty and Tank Engine all played some practice games for Lords of Ruin which is being held at the Dowse Art Gallery in Lower Hutt next weekend. Good luck to those guys.

Pelarel then played some Impetvs against Tibby. Tibby was showing Pelarel how to play Impetvs seeing he was finally going to be starting on his Feudal Welsh. Scotty also watched on as he is preparing to start putting together his late Ottoman army. We are Impetvs'ing along nicely.

A nice note to that our mate Craig Courtis (from craigswargamingblog.blogspot.co.nz) was also up in Wellington for Nick's funeral. He and Poochie came along with Poochie's 'puppy' (actually a real baby boy) for a natter and a catch up. Craig looks as though he too has been bitten by the Impetvs bug again...

Last weekend was sad for us and hopefully we can get back into the swing of things again soon. I'm sure it'll take a while but we will get there in due course.

Also, Tank Engine celebrated a birthday last week! A Thomas the Tank cake was made by the Lady McBeth - it was delicious! 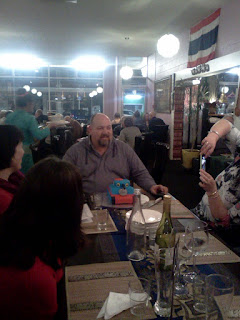 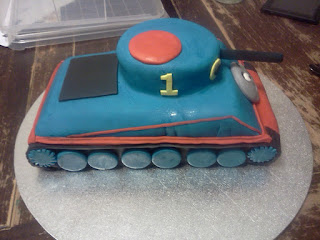 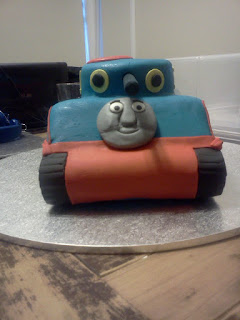 A Massive Loss to The Regiment

The Regiment has lost a key part of it over the last weekend. Nick was one of my best friends who I have known since 1996 when he took part in a Blood Bowl competition in a game store in Dunedin (it is so long ago I have forgotten its name). Even then he showed a great knack for understanding rules, and beating me at said games.

Looking back over it this week the amount of help and support he gave me over the years has frankly boggled my mind. He was always there to help no matter what the problem. A couch to sleep on when I moved to Wellington or finding me a job back at Dickies when I realised that Call Centre work was not for me, were but two examples of that help.

I will miss the crazy chats about our yearly Palmerston North invasion for Panzershreck and the frankly silly lists we might take for it.... the Hungarian and Romanian combo is still my fave.

But more than that I will miss my friend....

Wherever you are now Nick, know that you have left a mark on me, and those you met, for the better.


I have not put my sense of loss well into words, but these two links do a great job at summing up the man: