Ikko Ikki for Test of Honour

When Warlord announced Test of Honour, many of us magpies said "but I've got some Japanese" after our short lived expedition into the world of Osprey's Ronin series. I know Pooch is working on some and Tank has plenty at home (the Perry models shown here are formerly his!) and Scotty and Pelarel have a bunch waiting to be done. Magpieism man....it's a killer.

So here are mine:

The characters and the Ronin come from the Zenit Miniatures Kensei range and they are really cool. If I decide I need to expand this army, I'll be picking up some of their Sohei with yari and Sohei with yumi - possibly even mounted!

And now to actually play it. I have no idea if Masahiro, the Warrior Monk (who appears to be some sort of special character) is any good but I also don't care because that model is sweet! I have a Geisha model from Zenit that's  currently doing duty as an HVT in Infinity but she might come back to the future for Test of Honour. Who knows?

And now all I have to do is hope we don't get overhauled with enthusiasm for the retro-excitement that is Shadow War Armageddon....
Posted by McZermof at 20:20 No comments:

My Magpieism has gone beyond it's usual crazy. I was lucky enough to sell a whole lot of FoW German Tanks to Richard at ValleyCon, which left me with a dilemma. Just what could I spend my money on? Mmmmmmm..... there has been a game I have longed for for quite a while - The Chicago Way by Great Escape Games. I absolutely love the prohibition era of US history - especially the gangster movies, with Tommy guns and Concrete shoes. So I took the plunge. Now I haven't discussed this with any of the other members of the Regiment (hence the confession) and a few years ago when The Chicago Way first hit the scene, it was greeted with a luke warm reception from a couple of the people around the club. But I have forged ahead anyway. 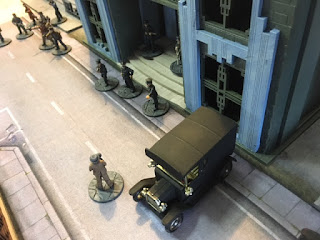 The game itself is quite similar to another Great Escape Game that I dearly love - Dead Man's Hand. I am yet to have a game against another opponent but the few dry runs I have done include that same wonderful randomness of Dead Man, with Vehicles added into the mix - so you can do drive by's of course. The first box set I got was the Moonshiners - what a great feel the gang has. The sculpts are terrific and the models painted up really well. 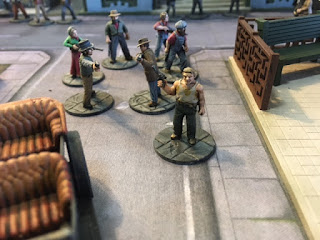 Then I couldn't resist the Law. Firstly I added the Police - and again I am really pleased with the figures. Soon after Dat Ape vouchers from ValleyCon got spent on the Detective Squad - enter Elliot Ness :) 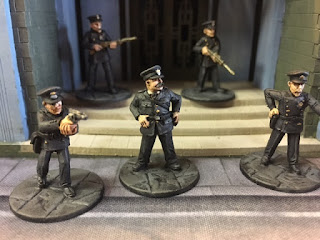 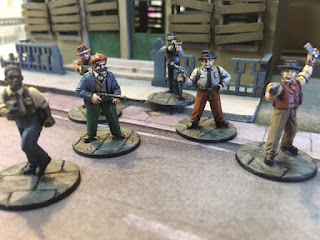 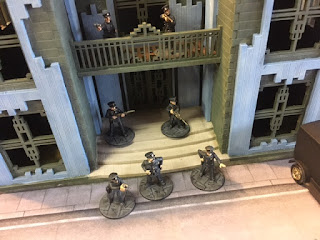 The Regiment RPGers have started a Cthulhu Campaign set in the 1920's and I couldn't resist getting a character for that from Copplestone - it makes a good Gangster crew too. 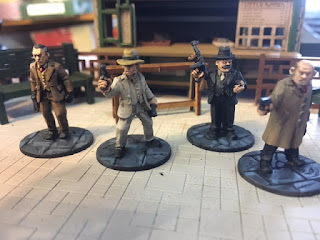 I have long been collecting a city scape set of terrain for various games - so that has allowed me to create a really cool board to play on too. 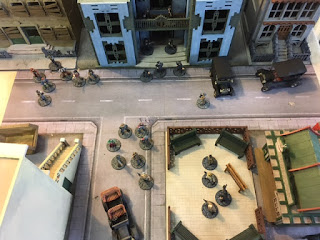 The cars are a collection of toys and other vehicles I have purchased over the years. So there it is - my confession. Now to see if I can convince any of the other magpies to play a game with me :)
Posted by Tank Engine at 20:32 2 comments:

It's been a long time between posts. I've been busy about the place though. If you haven't had a look at McBeth's post or Pooch's post about the excellent work being done by Ollie at Battlekiwi (www.battlekiwi.com) then you should. I've also been doing some work on an Infinity table with Ollie's amazing terrain. I'll pop some piccies up of the board when I'm done with it. Here's a teaser tho:


This post is a bit of a painting update. Something else I haven't done in fricking ages. With the release of V4 for Flames of War I think a bit of interest has been rekindled amongst the magpies and I have booked in my second serious game of V4 with Richard (and his musings) later in the month.

As a break from painting, I thought I might make up some cards for this game as well. These are a bit experimental and there's a bit of work to be done. I'm quite enjoying learning to use GIMP for the photo editing and making up some cool things to help my gaming: 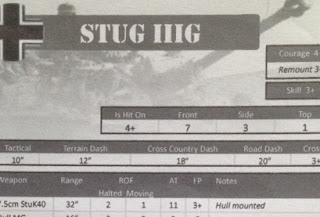 I've promised Richard a set for the game too so I'll take some pics when we play it next weekend and you'll get to see what happens when I try not working solely in greyscale.

Next up from me? My Ikko Ikki (ish) for Test of Honour. I've painted all the cool stuff (that is, the warrior monk and the Samuari) so I just have to sort myself out and paint the peasants!
Posted by McZermof at 17:18 No comments:

I like the game, and so when Richard (I blame him entirely) said "I'm thinking about 15mm", there was no way I was going to get away without getting M1A1s.

I picked up the Bannon's Boys boxed set a while back, and had organised a game with Richard, mainly to motivate myself to get them painted!


You can read his write up of the weekend's game here, but in short, it was not a glorious few games for the Americans. Dice can be absolutely heartless!

Our first game was a Dust Up.

Lead elements from the 2nd Armoured Cavalry Regiment had taken up positions in and around Compound 44.

So how did that all end? Well, not a win to the Cav. Losing both Abrams platoons quickly and cheaply wasn't the plan at all! I did at least destroy more than a few T-72s on the way in....

On to game two! No retreat

With the blocking elements destroyed, the remainder of the 2nd Cav tank troop retired back to a defensive position around compound 49, and called for more air support (F-16s).

All in all, I really enjoyed the games. The miniatures look fantastic, I am really proud of how my Abrams came out (especially the aerials- first time I have done them!). It is a pity I can't roll dice very well!

Some notes on the games itself
Ah well, off to the Battlefront website to order Vulcans. And ITOWs. And more Abrams.... it is possible I might be hooked. 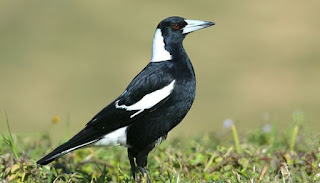 So as McB said in his post, we are all basically hooked on BattleKiwi products. Being the magpie that I am, I am no different.

When BattleKiwi posted up about creating a 28mm MDF version of La Belle Alliance, my first response was naturally "can I have it in 15mm?"

And, sure enough, this pile of MDF arrived with my latest base order....

So after having the last few weeks' modelling time only spent on writing, it was a nice change for the weekend to sit down and build some things, and La Belle Alliance was first on the list!

How did it shape up? Well, this is the real one... 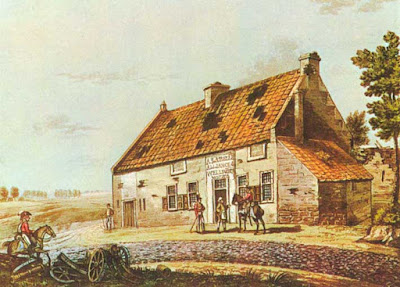 And this is BattleKiwi's offering:

How do I rate it then?
The 15mm kit hasn't reached the BattleKiwi site yet, but I have high hopes for some more kits like it!