Well - its been a wet and nasty weekend in Wellington, so what a great opportunity to smash out some overdue painting. So to the painting table I went and found some 15mm Napoleonic Cavalry. Heavy Peninsula War British Cav to be exact. Lots of wee detail but I got there in the end. These will join the slowly growing British Napoleonic army that I am building to play with McBeth and Pooch's Napoleonic rules that our dear friend and comrade Nick started before his sad passing. Let me just say Messrs Pooch and McBeth are doing a fantastic job and one day we will all be playing by their rules :) 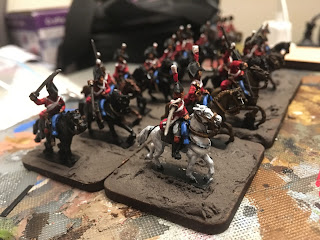 I still need to finish the basing but overall I am enjoying painting 15mm again - who'd have thought!!
Posted by Tank Engine at 00:21 No comments:

A couple months ago I hatched a plan to convert a few models for the Warmachine tournament Lords of Ruin. You may remember such posts as....becoming a monstrosity. Well I managed to finish these guys off and had a blast running a fun list with no less than six monstrosities in one list.

The most gratifying end to the tournament was that my army was judged best artisan, something I have wanted to win, but always been is awe of these with better brush skills than I. Big thanks to the judges and the tournament organiser, Sean, who always run a top notch event.

So here are some pics of the finished crew! 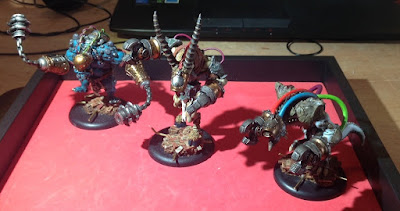 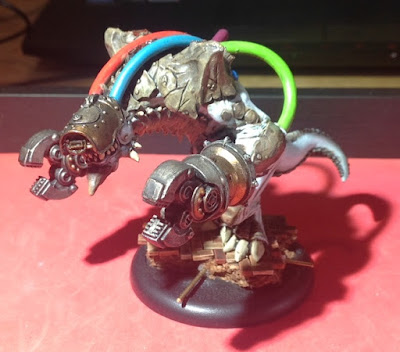 The Legion Monstrosity - a Warden 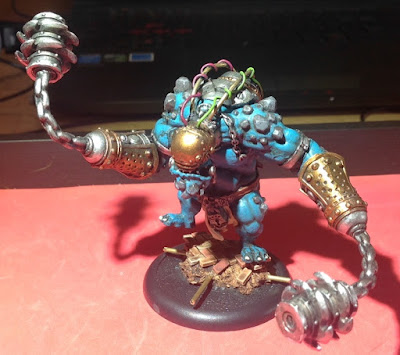 The Troll Monstrosity - a Wrecker 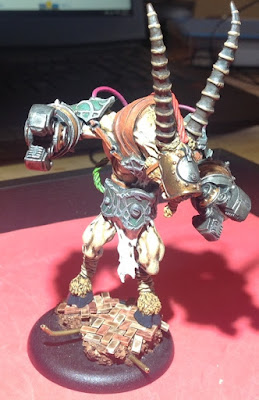 The Circle Monstrosity - another Warden

Till next time, when I will have some Infinity Models to share,

So, another month gone, another late post. And not even much to show for it!

I am working on more things (honest), but all I actually got finished in August was two figures for my Infinity Aleph army, a second version of Achilles (to be Patroclus) and an Ekdromoi. I did an arm swap between the two, my usual helmet swaps and put the spitfire into Achilles' hands, rather than it being slung over his back. Very easy conversion, but enough that I don't have two models looking exactly the same.

The two models were finished for a competition that Pelarel ran a few weeks ago of 300 point Infinity. I had 4 games of Infinity the club meeting prior to the competition, so I was really feeling like I knew just enough that I wouldn't make a complete idiot of myself.

So how did the competition go?

Well, I learned a heck of a lot about Infinity, that is for sure! I lost two of three, and was resoundingly thrashed in the third. But I do like the game. And am already working on my next project for it. So can't ask for more than that!

A few pics I took over the weekend...


Well, that's it for this month.