So let's start this post with 'the tripod'. The tripod is the three fundamentals of wargaming: the fluff, the figures, and the fighting.

We all love the fighting. Club and competition games against like or just plain bloody minded opponents is our bread and butter.

But it gets better! We love the fluff, regardless of the flavour of game you play. The history of the universe, the war, or the period you dig is a big deal. No fluff, not always interesting.

And of course the figures. We love the minis.

But what's really important about the tripod? Being a dick is not part of it.

In what seems like an eon ago, at the bottom of this post I made a promise to complete an army. Well, it's been sitting there for two years while I tried to gather the courage to drill out and replace the pikes on a gazillion Warlord Games Macedonian pikes. The drama is that the pikes are really brittle, so they snap when a dice bounces off them... And this is mostly a dice hobby.

A couple of months back the call to arms went out, and I thought, "goddamn it Tibby... you haven't painted in 18 months, and those damn pikes just aren't worth the hassle."

So Nick may have been many things - in the time I knew him he was a proper mate, and not the sort of bloke to forget you were about - and forgetting about this army was getting under my skin. An order to Aventine ensued, and I set to work getting some painting done. Basically, I needed to tidy up some pretty basic, just-enough to table the army painting. For example: 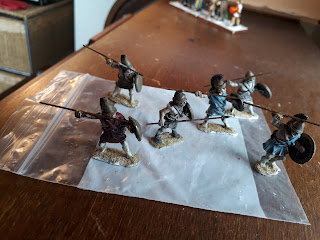 The guy holding the spear like tennis racket cracks me up.

Tell you something for free. Aventine make some really, really nice minis. They're slightly cheaper than Wargames Foundry/Warlord Games, and they have more detail. The range is bigger for the period I like, and they're not bad in the historical stakes, so we get a twofer, fluff and figures.

So I noticed something in painting this army. Nick didn't dig the fluff on this period. I remember when we bought the load of Foundry minis he was a little surprised, "But... they have wangs..." 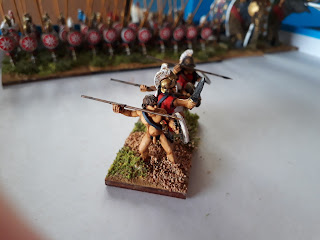 Which is fair enough, because the bloke in the front there should be in the cavalry.

Likewise, his knowledge of ancient Greek wasn't so crash hot. 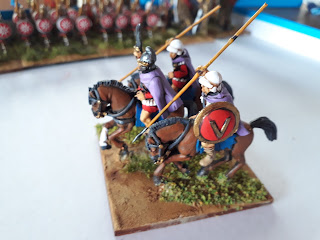 Pretty sure that shield is on upside down. Unless you're assuming it's V for Victory.

Anyhow, I managed to muddle together enough figures to table an army tomorrow at Call to Arms Valleycon. Here's hoping to place in the top half. Failing that, not being in the bottom eight would be nice :D 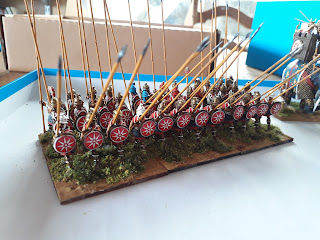 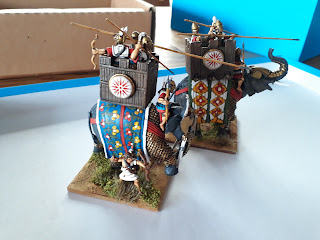 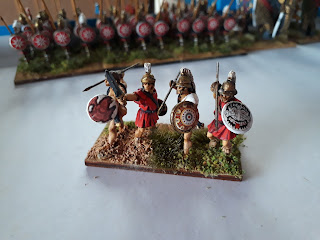