Wait, what do you mean March is already gone, AND I am already more than half through April before I blogged what I did?

Photos aren't up to my usual average quality, due to me probably prioritising getting this done, more so than the perfection of the lighting!

1. Finish a table of terrain

Another month, another batch of terrain created!

The first piece is another of the brilliant TT Combat Buildings, which as per the last one I mostly painted with rattle cans, some contrast paint and a whole bunch of Valhallan Blizzard texture paint.

I also finished up this little piece of terrain, a statue of a knight! The knight comes from the Nulzor's range, the plinth was a weird bit of terrain I got a long while ago from a guy I was commission painting for, that he couldn't think of a use for. It's sat on the pile for a good two years, with the idea to make the statue, but never got around to it! 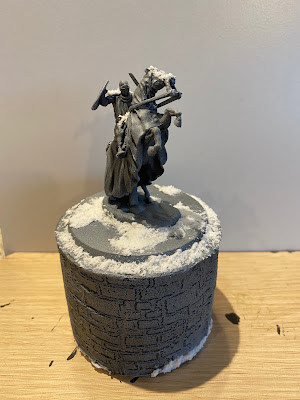 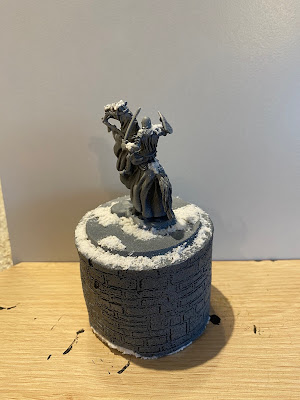 I think I am getting better with the "how much snow do I put on these terrain pieces". More next month!

This month was Kings of War!

The mighty Goblin army returned, to fight against their sworn enemy, the dwarves.

My main take away was that I really, really enjoy my Goblin army. I played a totally different list style than what I had run last year, using the ridiculously large cavalry units to play havoc with Tom's front line, effectively cruise missile-ing them ahead, while the rest of my army advanced.

I have no clue who won, but it was obviously a glorious victory for the Goblins (but of course a Goblin would say that!)

It's tough to be cooler than a Sister with a jump pack and two hand flamers.....

Five Seraphim painted, the Superior has a power sword and plasma pistol, and two sisters have hand flamers. They are really lovely models, and despite no shortage of swear words in terms of how to set them up so that they can be painted while part assembled, but I got there in the end, and I am very happy with the result. The flying stands onto the pre-made bases was a bit of a pain... but... shrug...

4. Finish armies that I have part started

And so, the progress on the WW2 US continues, this time with....

A three gun battery of M7 Priests. Plastic Priest? Awesome model. Plastic priest crew? I was not a fan. So I replaced them with some spare US artillery crew I had lying around. So not only do they get to have better looking crew, all three guns have a different group of crew- perfect! 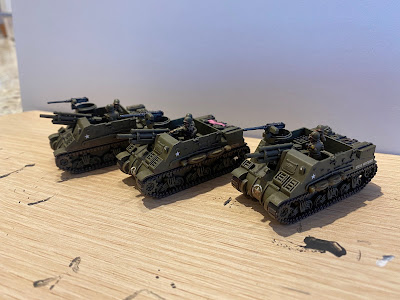 A full Armoured Rifle Platoon. So that is made up of a lot of infantry.... 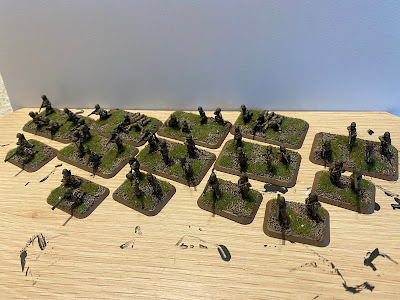 As well as a set of five halftracks! 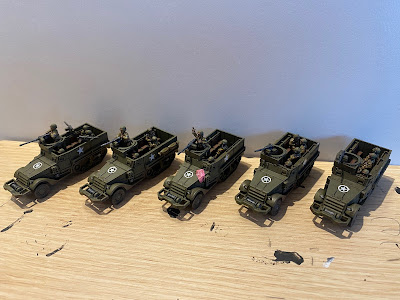 Oh an I did finish up a T26E4 Super Pershing... because what else do you do with a heavy tank but slap yet more armour onto it, salvaged from a wrecked enemy tank and a truly ridiculous 90mm tank gun! 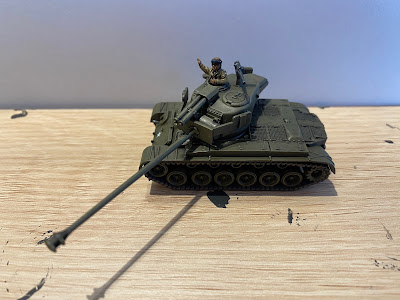 Need to get a fair bit more US done, I have a tournament in May!

And so my Legion collection yet grows, with the addition of Super Battle Droids.... 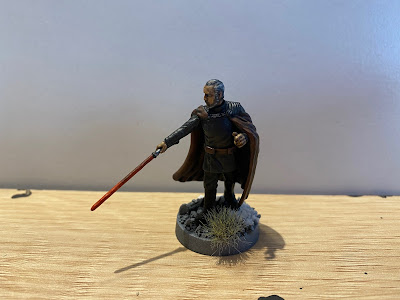 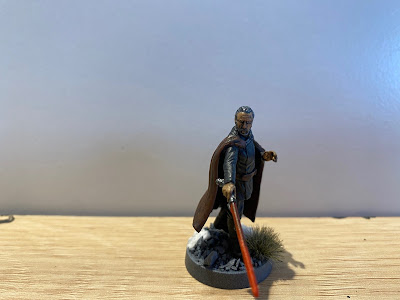 And that's it! Hopefully not this late next month....