Right. As with most wargamers, I have several projects on the go or planned or wished or, well whatever. I thought I'd show some pics of my current project that is taking most of my painting time at the moment.

Here we have the beginnings of my 15/18mm 1813 Austrian Army. I'm steadily making my way through painting 8 battalions of infantry (6 German and 2 Hungarian), 3 squadrons of cavalry (2 Dragoons and 1 Hussar), 2 batteries of artillery and the various command, skirmisher and limber bases needed. I plan on using the blog to motivate me to keep painting so I can keep the updates coming.

So far I have completed 2 battalions of infantry, one artillery battery, the Dragoons and the skirmishers and commands. They are glued to bases but I've not yet done the basing for them for two reasons. One is that I am unsure of what style of basing I'll use in regards to flock, colour and sand and the second is that I'm unsure if they will stay on the size bases that are in the pictures. They are currently based for Napoleon at War (www.manatwar.es) a reasonably enjoyable set of rules from Spain. The company producing the rules is going through an .... odd patch at the moment so I'll keep my options open.

The force I am trying to represent (albeit veeeery loosely) is:

How can you not have a band manager Divisional commander named Murray? 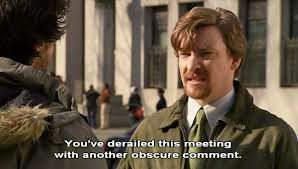 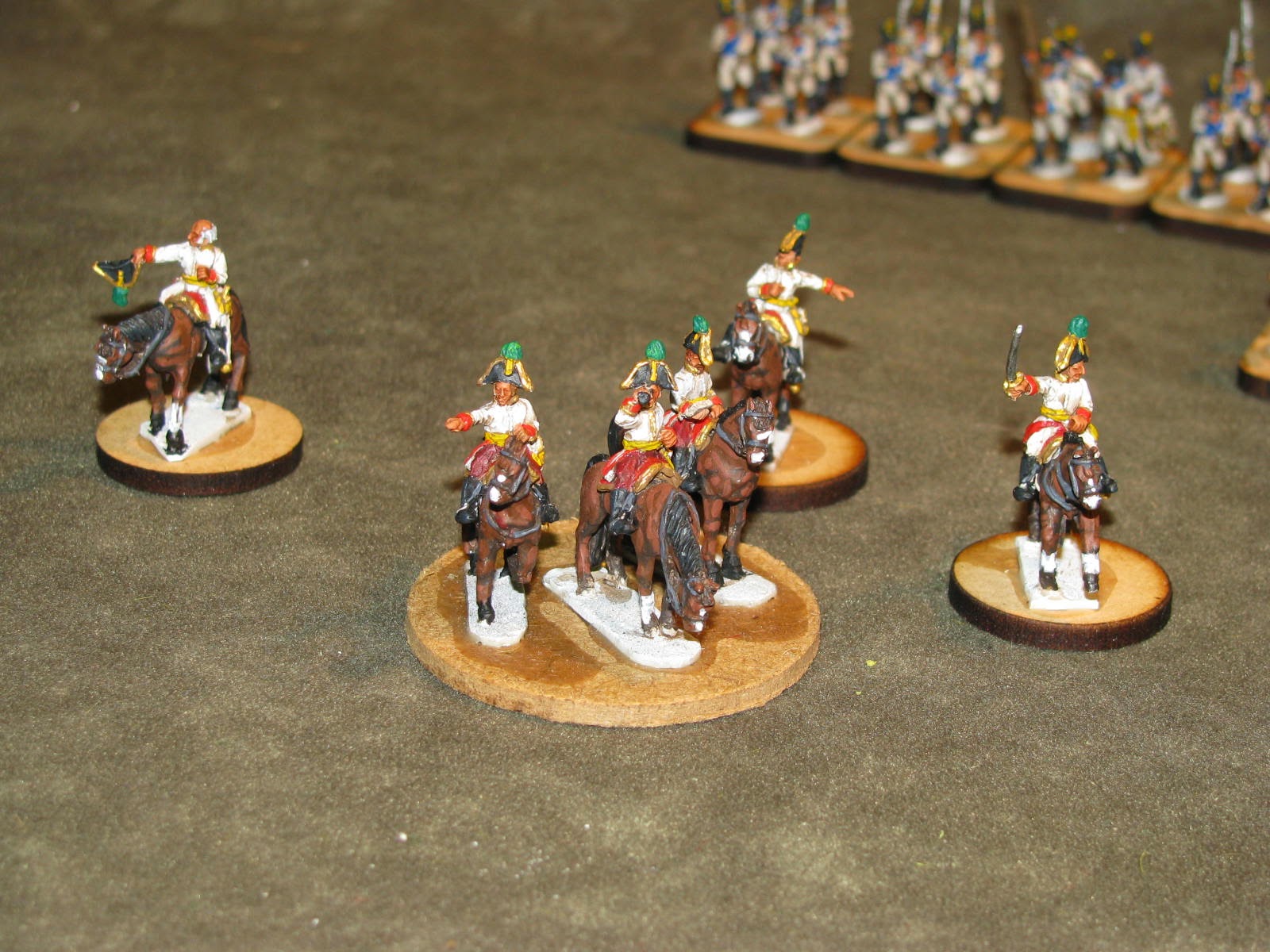 Muzza and his aide de camps (Jermaine and Brett) on the large base and (from l-r) von Lowenwarth, the as yet unnamed cavalry commander and Lamezan-Salins 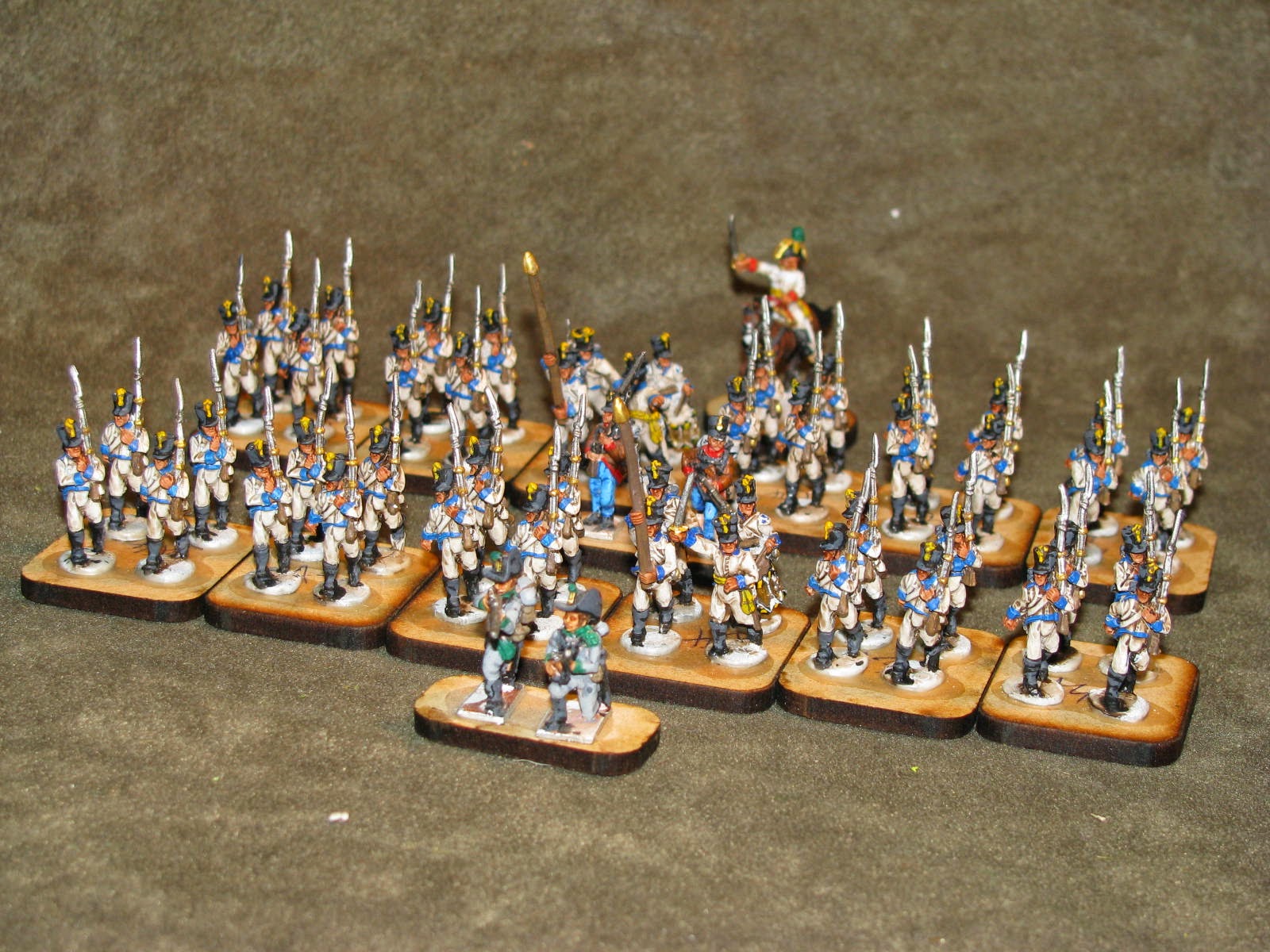 The first two battalions of Infantry Regiment no. 7 with Brigade commander Lamezan-Salins in the background. One skirmish base is made of Jaegers, the other (in the back) are Grenzers. Flags to come.

The other six bases of skirmishers are done (but not photographed) and I am working on two battalions of Infantry Regiment no.8 next :) 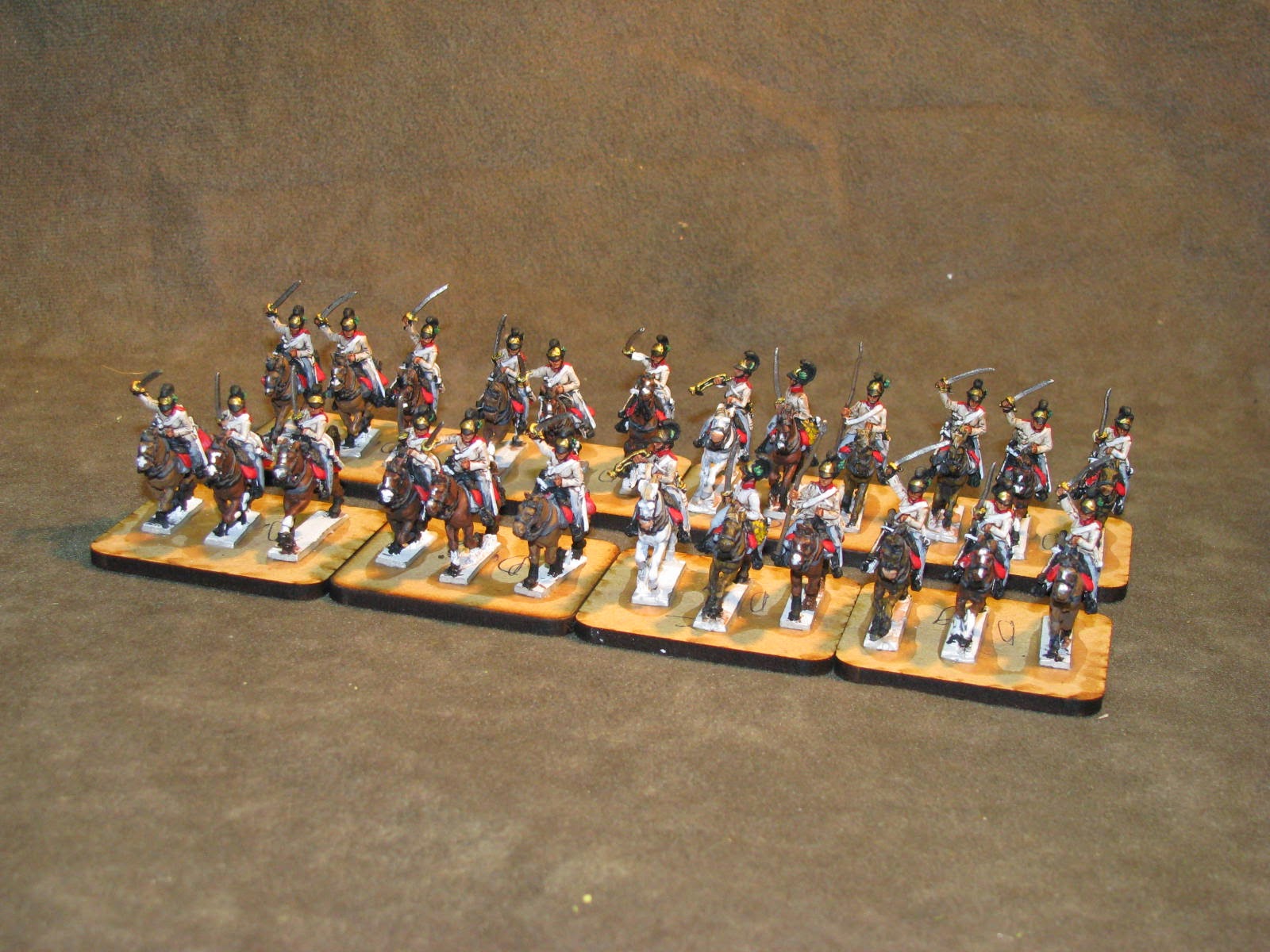 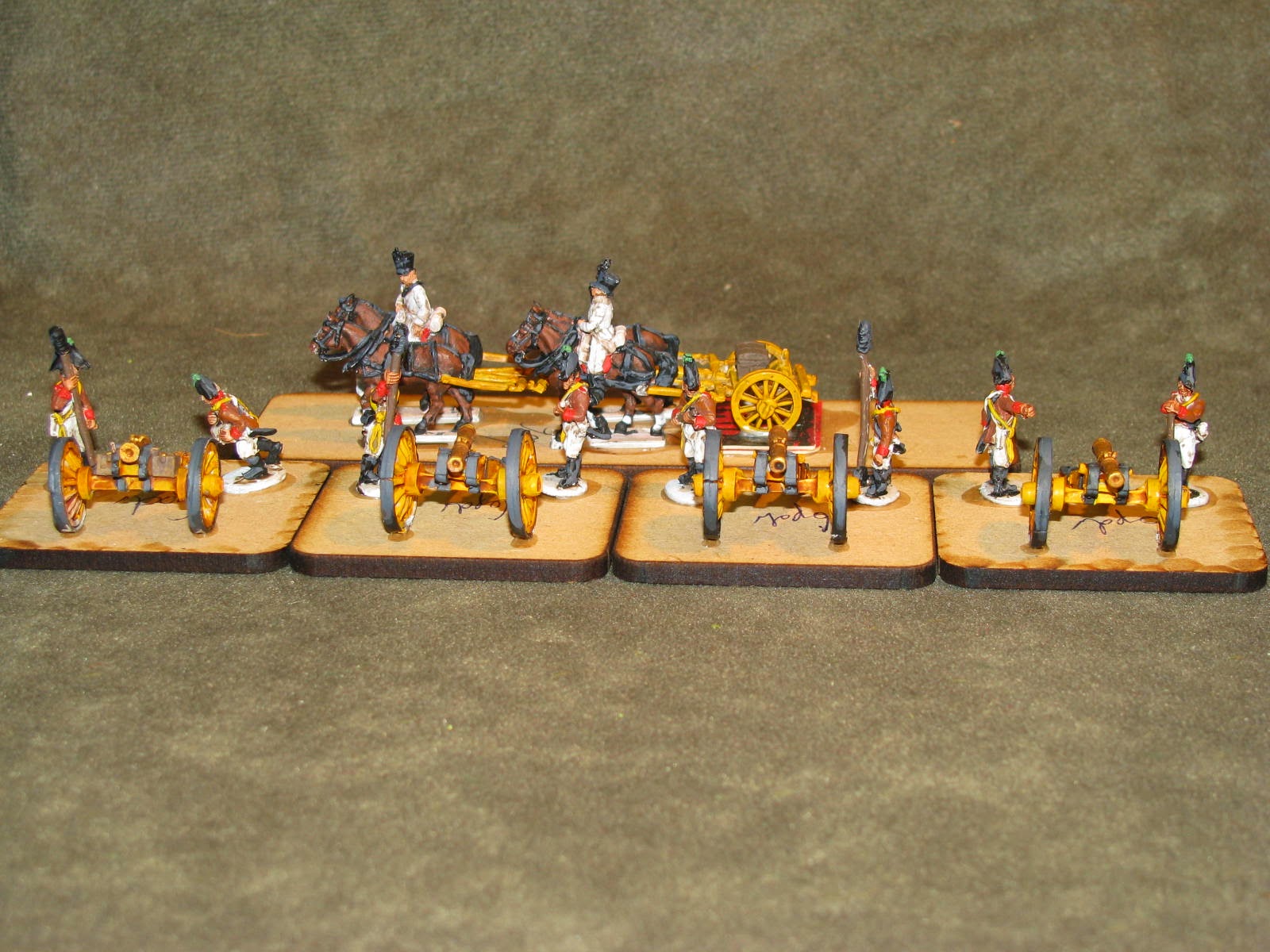 The first artillery battery. Three 6 pounders and a 5.5" howitzer. I'm unsure whether the drivers of the limber were artillerymen or infantrymen but I've painted them in infantry white rather than artillery squirt brown.

The figures are predominately Blue Moon (www.OldGlory25s.com) for the infantry, command and guns. The limber, cavalry and skirmishers come from AB (www.eurekamin.com.au). I really like the Blue Moon figures and I have used them before for a British Army from the American Revolution for the Maurice rule set. The infantry are really nice and the price cannot be believed. With a 40% discount from Old Glory on the packs of 30 infantry, a 15mm army is quite cheap. AB are nice too, but damn are they expensive!

A quick word about the bases. I met a great chap based up in Paraparaumu (or 'Pram' to the honkys) a while back who does laser cutting. LaserCut Rob (as we call him) runs a great service for laser cutting MDF bases for wargamers and he is interested in getting more into maybe making buildings and other terrain pieces. I'll post a link to his contact details a little later on (if he is ok with that) so if you have ideas or want a talk about bases and orders with him, you can.

Thanks to Pelarel for the camera work!